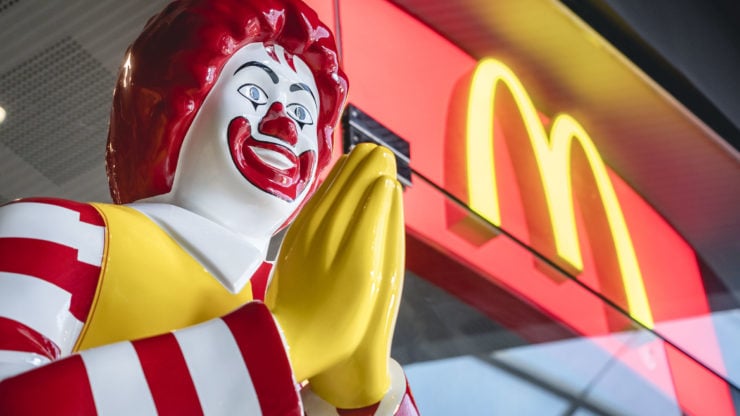 The day has finally arrived, and El Salvador became the first country in the world to recognize Bitcoin as legal tender. The country’s citizens now got an entirely new payment option in shops and services across the nation, including the fast-food giant McDonald’s, which also started accepting Bitcoin payments via the Lightning Network.

The news was originally reported by a local journalist, Aaron van Wirdum, who said that he visited a local McDonald’s restaurant, and was presented with a printed QR code when he opted to pay with crypto. The code directed him to an invoice page on LN, where he could complete the payment.

As of 2019, McDonald’s has had 19 locations in El Salvador, and as far as it is known, all of them should now be crypto-friendly.

Bitcoin LN and its use in payments

Bitcoin’s Lightning Network is a layer-two payment protocol that was developed a few years back to make Bitcoin transactions faster and cheaper. It came as a potential solution to Bitcoin’s scalability issues, although its adoption never reached the levels that its developers hoped to see.

Of course, Bitcoin is still one of the biggest investment assets, although its use in payments, and generally, a medium of exchange, never flourished, despite the fact that its use as digital cash was the whole reason for its creation.

The LN now has a second chance in El Salvador, as it can be used to establish a series of tunnels between different addresses for quick and easy low-volume payments. Its greatest advantage comes from the fact that not every transaction needs to be recorded on the blockchain. Instead, if a person conducts regular payments to a specific address through a tunnel, only when the tunnel gets permanently closed will the difference in the two addresses’ volume get recorded.

As for El Salvador’s decision to adopt BTC, it might also have a great impact on streamlining global remittances and increase the wealth of the country’s citizens. Plus, the Bitcoin-friendly nation might even attract crypto entrepreneurs looking for a new place to open up crypto businesses.