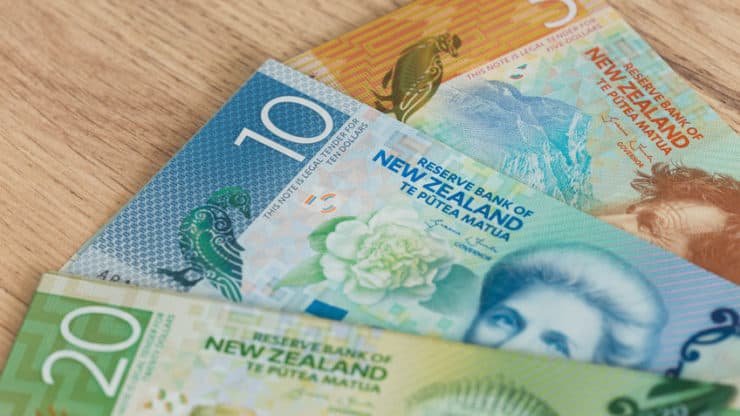 The NZD/USD price tilted higher as New Zealand revealed the initial impacts of the lockdown. The pair rose to 0.7120, which was slightly higher than this week’s low of 0.7075.

August was a difficult month for New Zealand as the country recorded its first Covid case in more than 6 months. As a result, the government ordered most parts of the country to a level 4 lockdown. As expected, this announcement had an impact on the economy.

According to the statistics office, New Zealand’s electrnic card sales declined by 19.8% in August after rising by 0.7% in the previous month. The sales also declined by 11.4% on a year-on-year basis after rising by 4.7% in July. This was the first month for the sales to drop in a few months.

As a result, there is a likelihood that other parts of the economy will contract as well because of the new lockdowns. Still, the NZD/USD price rose because these numbers are set to improve in the near term as the country reopens. The government reported just 11 new cases, a sign that its strategy is working. It also reported that more than 61k vaccines were administered on Thursday.

The next key catalyst for the NZD/USD will be the latest American producer price index (PPI) data that will come out later today. Analysts expect the data to show that the country’s producer price index declined from 1.0% to 0.6% on a month-on-month basis. This, in turn, will translate to an annualised growth of 8.2%.

The core PPI, on the other hand, is expected to drop from 1.0% in July to 0.5% in August. As a result, this will move from 6.2% to 6.6% on a year-on-year basis. These are important numbers because they provide a gauge of inflation in the country.

The four-hour chart shows that the NZD/USD pair has been in an overall bullish trend in the past few weeks. The pair managed to move from last month’s low of 0.6805 to 0.7170. The pair then retreated slightly and is trading at 0.7120. It remains slightly above the 25-day and 50-day exponential moving averages (EMA). At the same time, it has formed a bullish flag pattern, which is usually a bullish sign. Therefore, the pair will likely bounce back higher in the near term.