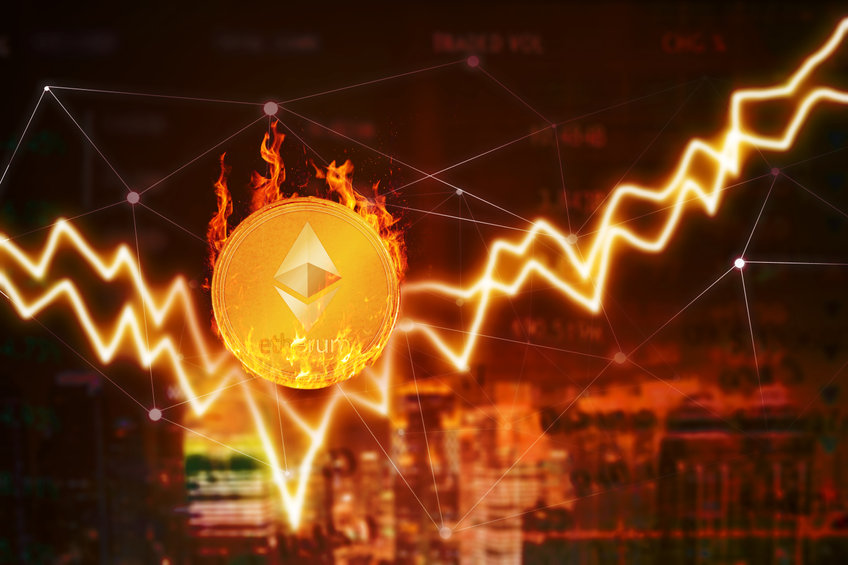 The amount of Ethereum (ETH/USD) held by miners reached a peak since July 2016, just after the network was launched. Miners are unwilling to sell as they expect the price to keep increasing. The total balance is 532,750 ETH, equivalent to $1.85 billion. In comparison, the amount of Ethereum currently in circulation is 117.8 million ETH according to Santiment data.

Typically, miners tend to sell the asset to cover hardware and electric power costs among other expenses. Their reluctance to sell indicates they are waiting for further price growth.

When miners fled China en masse in June this year, Ethereum’s hash rate dropped to 477 terahashes per second. However, it recovered completely, even reaching new highs. It’s now up 150% since the beginning of 2021. The hash rate is a criterion for network health and security.

Although China-based mining pools like BeePool and SparkPool are no longer factors, the hash rate continues to improve. On Tuesday, it hit an all-time high of 745 TH/s, BitInfoCharts data show.

In September, Coin Telegraph reported that Ethereum miners had started hoarding the token after the hard fork in London the month prior. According to research from Kraken, miners are expecting more price growth due to potential deflationary properties after the Ethereum Improvement Proposal 1559 was launched, swallowing some of the transaction fees.

Since the August upgrade, just over 473,000 ETH has been burned. This corresponds to about $1.7 billion, Ultrasound.money report.

Almost 7% of Ethereum has been staked on the Beacon Chain contract, further driving demand up. Around 7.9 million is now locked according to Eth2 explorer. This corresponds to $28.74 billion at the current ETH price.

Stock futures are little changed ahead of key employment report

Chubb to buy Cigna’s Asian and Turkey businesses for $6bn

Stuck in China, consumers are spending millions for luxury goods in Hainan

Senator Cynthia Lummis discloses a bitcoin purchase worth up to $100,000

Is Freeport-McMoRan stock a buy amid surging copper price?