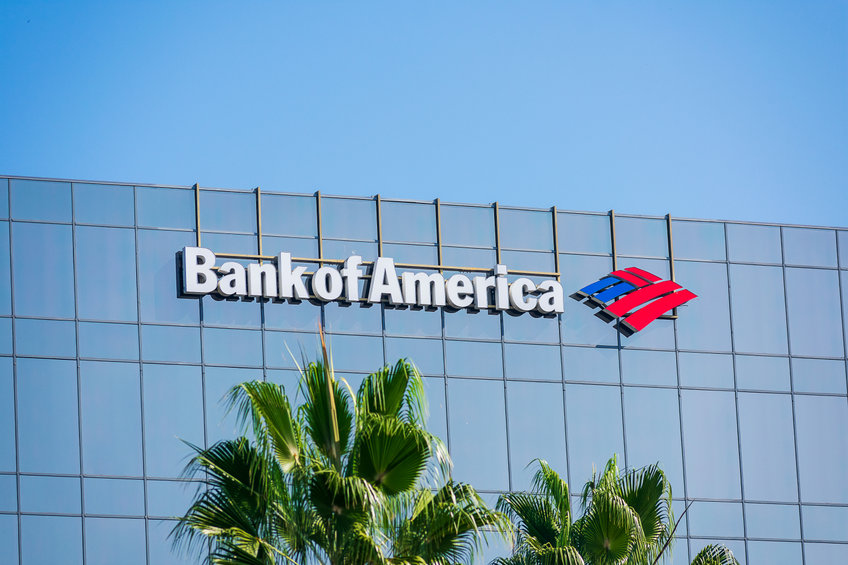 Bank of America Corporation (NYSE: BAC) shares are advancing this Friday despite the fact that the Nonfarm Payrolls report showed that the U.S. added only 194K jobs in September. This is the second disappointing monthly increase in a row after the country added only 235K jobs in August and missed economists’ estimate of 750K.

Bank of America shares continue to trade near their recent highs after the U.S. released the Nonfarm Payrolls report this Friday, which showed that the country added only 194K jobs in September. The job report missed economists’ estimate of 500K in September and raised questions about the pace of the economic recovery.

The positive news is that the unemployment rate fell to 4.8% from 5.1%, and according to Jim O’Sullivan, the chief U.S. macro strategist at T.D. Securities, the pace of recovery is likely sufficient for Fed officials to follow through on plans to announce tapering at the November FOMC meeting.

The U.S. Federal Reserve could begin reducing its monthly bond purchases, and though monetary tightening is usually seen as a drag on stocks, some investors view the Fed’s stance as a vote of confidence for the U.S. economy.

A hawkish turn should have a positive influence on the U.S. dollar and treasury yields, while shares of banks should continue to be supported. Bank of America has proven its stability, and CEO Brian Moynihan said that consumer spending had surpassed pre-pandemic levels, deposit growth remains strong, and loan levels have begun to grow.

Bank of America is currently trading at a forward P/E ratio of 13.78, the book value per share is around $29, and with the market capitalization of $372 billion, shares of this bank are reasonably valued. Despite this, Steven Chubak, an analyst from Wolfe Research, downgraded Bank of America shares. Steven Chubak said :

On the other side, if the price falls below the $40 support level, it would be a firm “sell” signal and probably a trend reversal sign.

Bank of America shares continue to trade near recent highs after the U.S. released the Nonfarm Payrolls report this Friday, which showed that the country added only 194K jobs in September. Steven Chubak, an analyst from Wolfe Research, downgraded Bank of America shares but with the market capitalization of $372 billion, shares of this bank are reasonably valued.

Stock futures are little changed ahead of key employment report

Chubb to buy Cigna’s Asian and Turkey businesses for $6bn

Stuck in China, consumers are spending millions for luxury goods in Hainan