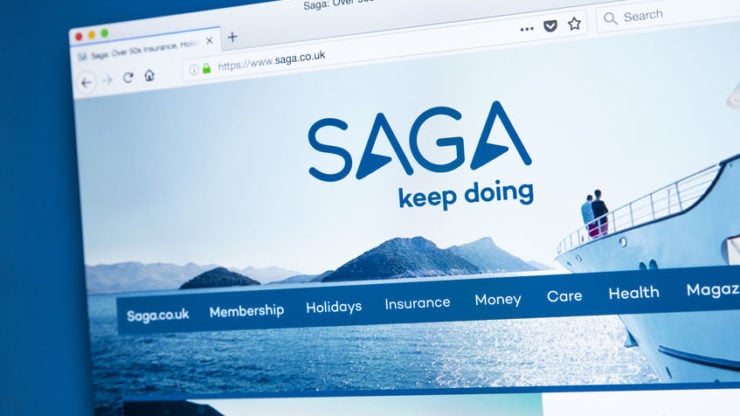 Saga plc (LON: SAGA) said on Wednesday that its pre-tax loss narrowed significantly in fiscal 2021, attributed to lower costs. The announcement was particularly exciting as the ongoing COVID-19 crisis weighed heavily on the company’s revenue in the recent year.

The Coronavirus pandemic has so far infected more than 4.3 million people in the United Kingdom and caused over 126 thousand deaths.

Saga plc shares that you can learn to buy online here jumped roughly 3% in premarket trading on Wednesday and gained another 8% on market open. Including the price action, the stock is now exchanging hands at £3.76 per share. In comparison, Saga plc had started the year at £2.30 per share.

Saga plc said that its pre-tax loss in the year that concluded on 31st January came in at £61.2 million. The British firm booked a £59.8 million impairment in H1 due to travel restrictions. In the previous year, Saga had posted a significantly higher £300.9 million of loss when the cost of impairments and sales was much higher.

The Kent-based company said it generated £337.6 million of revenue in fiscal 2021 that translates to an over 50% decline from the previous year’s £797.3 million. As of the end of the financial year in January, Saga plc had £75 million of cash and £100 million of a credit facility. The London-listed firm renewed its debt facilities recently.

In separate news from the United Kingdom, Royal Dutch Shell warned of £145 million hit to its earnings on Wednesday related to the Texas storm.

Saga plc refrained from proposing a final dividend for the year as it prioritised minimising debt levels. CEO Euan Sutherland commented on the financial update on Wednesday and said:

“The progress we have made is clear in the resilient performance delivered by our Insurance business and in Cruise where our high levels of customer retention show clear loyalty to our differentiated boutique offering. It is clear that there is significant pent-up demand among our customer base, the vast majority of whom have now been vaccinated and are ready to enjoy post-lockdown freedom.”

Saga plc performed largely downbeat in the stock market last year with an annual decline of more than 60%. At the time of writing, it is valued at about £536 million.

What the papers say – April 10