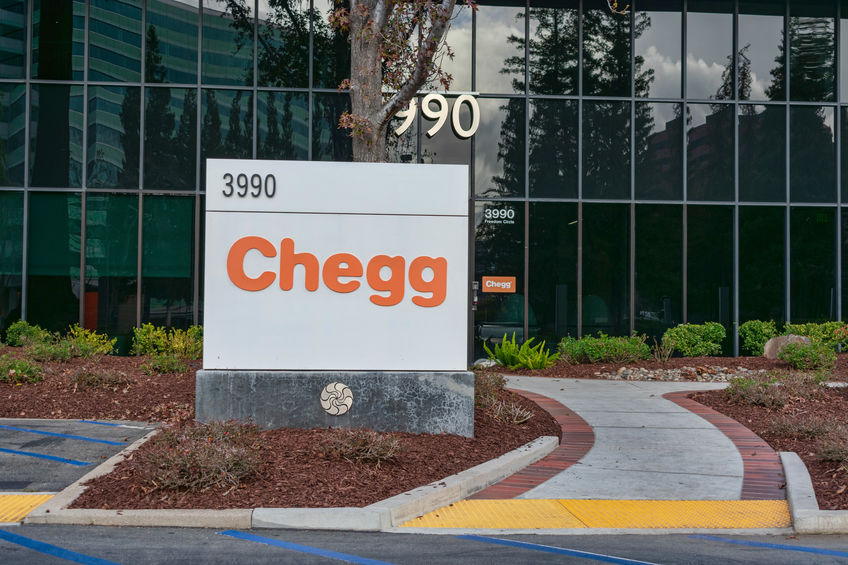 Chegg Inc. (NYSE: CHGG) said on Monday its revenue topped Wall Street estimates in the fiscal first quarter. The company, however, concluded Q1 with a loss and fell shy of expectations for adjusted per-share earnings.

Chegg reported £46.89 million of loss in the first quarter that translates to 35.24 pence per share. Adjusted for non-recurring items, the education technology company earned 20.14 pence per share.

Chegg valued its revenue in Q1 at £142.68 million that represents a year over year growth of 51%. In comparison, experts had forecast the company to post £132.83 million of revenue in the recent quarter. Their estimate for adjusted per-share earnings stood at a higher 22.29 pence.

The Santa Clara-based company said total Chegg Services subscribers climbed by 64% in the first quarter to 4.8 million. Total Chegg Study content views in Q1 came in at 356 million. At £116.79 million, revenue from Chegg Services saw an annualised increase of 62% in the recent quarter.

3. Guidance for Q2 and the full financial year

“We are in a unique position to impact the future of the higher education ecosystem. Our strong brand and momentum will allow us to continue to grow and take advantage of the ever-expanding opportunities in the learner economy.”

In separate news from the United States, Warren Buffet said Greg Abel will take on the role of Berkshire Hathaway’s CEO after him.

Chief executive Rosensweig’s confident remarks sent the stock up roughly 7% in after-hours trading on Monday. Including the price action, Chegg shares are now exchanging hands at £63.64, which almost matches the per-share price at which the NYSE-listed firm had started the year 2021.

Chegg performed massively upbeat in the stock market last year with an annual gain of close to 140%. At the time of writing, the online textbook rental services company has a market capitalisation of £8.46 billion.

Biden confines his radicalism to the home front