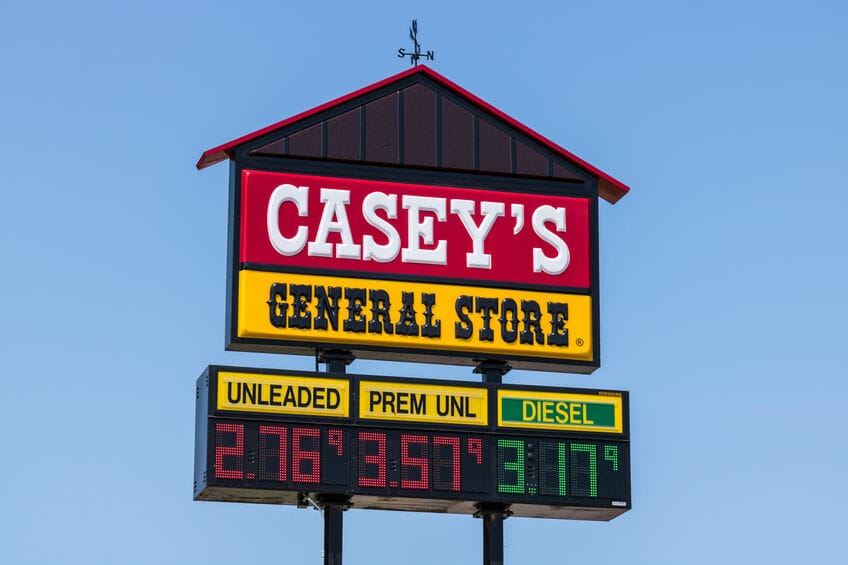 Casey’s said its profit in the fourth quarter printed at $41.7 million (£29.47 million) or $1.12 per share. The convenience stores chain generated $2.38 billion of revenue in Q4. In comparison, analysts had called for $2.16 billion of revenue and 67 cents of profit per share.

Casey’s did not repurchase shares in the fourth quarter. Its buyback programme currently has $300 million remaining. The board declared 34 cents per share of a quarterly dividend. The Nasdaq-listed firm valued its liquidity at $810 million as of 30th April.

Other notable figures in the Iowa-based company’s Q4 earnings report include a 6.4% annualised growth in fuel same-store gallons sold and a 12.8% increase in comparable inside sales. In separate news from the U.S., Clover Health shares surged 35% on Tuesday as the meme stock rally continued.

For fiscal 2022, Casey’s forecasts a roughly 5% increase in comparable fuel and inside sales. Total operating expenses are likely to jump by more than 15% in the ongoing year. The financial update comes shortly after Casey’s acquired Buchanan Energy. Its Circle K acquisition is expected to close later in June.

“Casey’s achieved remarkable results throughout the year in one of the most difficult retail environments of our lifetime. We have great momentum behind our digital engagement efforts, our private brand products have resonated with our guests, our prepared foods business is regaining traction, and we are in the process of welcoming two large acquisitions to the Casey’s family. We are now poised to emerge from the pandemic an even stronger company.”

Casey’s shares were down about 1% in after-hours trading on Tuesday. The stock is now exchanging hands at $212.25 per share. In comparison, it had started the year 2021 at a much lower $177.44 per share. At the time of writing, Casey’s General Stores Inc is valued at $7.93 billion and has a price to earnings ratio of 24.02.

End of the road for Netanyahu, Israel’s longest-serving PM

Pictures of the Weekend: England fans and a flying priest