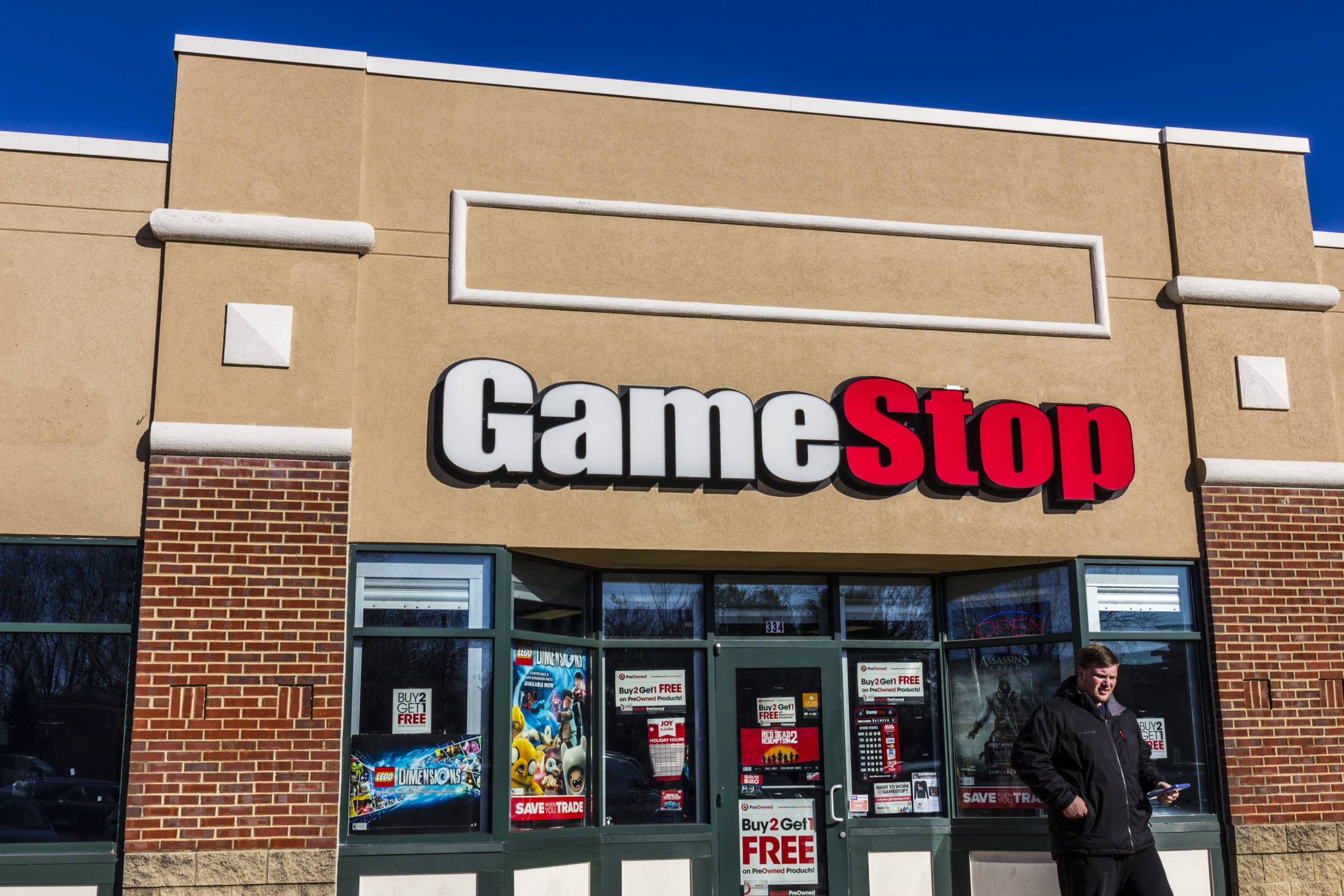 GameStop Corp (NYSE: GME) tanked more than 10% in after-hours trading on Wednesday, despite reporting market-beating quarterly results. The video game retailer expressed plans of selling close to 5 million shares and refrained from giving its guidance for the full year.

According to Refinitiv, experts had forecast the company to post $1.16 billion (£820 million) of revenue in the quarter that concluded on 1st May. Their estimate for adjusted per-share loss stood at 84 cents. In its report on Wednesday, the company topped both estimates posting a higher $1.28 billion of revenue and 45 cents of adjusted loss per share.

The retail investors’ post child noted a 27% year over year increase in sales in May. As of the end of Q1, GameStop said it no longer has any long-term debt. In related news, the NYSE-listed company named Matt Furlong (former Amazon executive) as its new chief executive on Wednesday.

Commenting on the appointment of the new CEO, analyst Anthony Chukumba of Loop Capital said on CNBC’s “Closing Bell”:

“GameStop’s problems have very little, if anything, to do with eCommerce. Their problem is not that they’re not a good omnichannel retailer. The problem is that gamers are increasingly downloading video games. Look, they can hire Jeff Bezos when he comes back from space. It’s not going to make a difference. The symptoms are not aligned with the medicine that the doctor is giving them. You can hire anyone you want from Amazon — not going to make a difference.”

GameStop also hired Mike Recupero as its next finance chief on Wednesday. Recupero previously served at Amazon as the CFO for its North American Consumer business. The news comes a day after CEO Ken Moelis of Moelis & Co said playing the meme stocks is akin to a global craps game.

Including the after-hours price action, GameStop is now exchanging hands at $270 per share, down close to 20% compared to its peak in the last week of January. On a year-to-date basis, however, the stock is up more than 1,600%, thanks to the Reddit investors. At the time of writing, the Texas-based company has a market cap of $21.41 billion.

Big weddings may be allowed despite expected delay to lockdown easing